The history of our house goes back to the years 1860 when the sea walls where demolished and Amalia's avenue was built in place. North of Amalia's avenue till down to the sea a new district was created: the synikoia toy gialou (the neighborhood of the coast). The buildings where built mainly between 1860 and 1920 in neoclassical rythm. They were used as shops and warehouses rather than residential buildings. The district owes its present form to the reign of King Otto (1833 - 1863) who build under plan.

Our Street Emmanouil Sofroni was the main street of the district, connecting the upper town with the coast area. It's name is dedicated to Mr. Emmanouil Sofronis who was a military doctor and mayor of Nafplio from 1925 - 1929. The houses are built in a continuous row, only our house has space between the neighbor house which hosted the bastion and entrance to the city.

During world war II Greece was under occupation of 3 forces (Germany - Italy - Bulgaria). The Italians were responsible for Nafplio, they arrived with a battleship on August 7 1943 and settled in this house.

The upper floor was used as living area and the ground floor was their kitchen and restaurant. 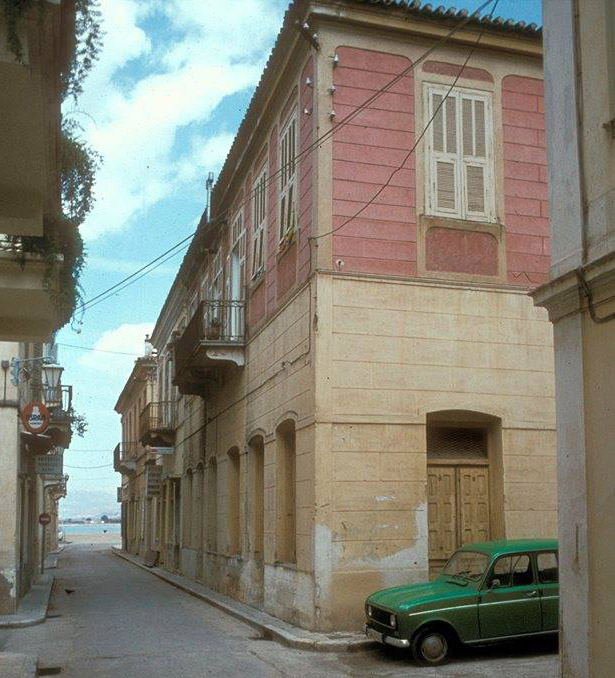 Italian soldiers very often would share their food, bread and chocolates with the hungry children in the neighborhood. Generally, the Italian officers behaved like gentlemen,and would walk down the street greeting people with "good morning" and "how are you today". On their evening patrol they would sing songs and fill the silence of the streets with life.

An old lady who lives around the corner told me her story: She was a teenager and in times of war with many restrictions and  no liberty there was not much fun for young women. So the outstanding event every day was the evening patrol of the Italian soldiers, who would pass by her house. Every evening the same hour and with the same song. So, the Italian carabinieri were beautiful young men and especially one of them made the difference with his beautiful voice. So, the girl waited for him every evening hiding behind the flower pots on the balcony to admire him and to hear him singing. She had fallen in love with him. She never got to know him, but she can still remember his beautiful voice like a sweet melody.

During the military dictatory in Greece our house was the police department of Nafplio. The entrance area, where we have our reception, was the prison and closed with iron bars. The Papadopoulos regime was notorious for torturing political prisoners, forbidding dissent and free speech, and attempting to control university education. A man told me his story: He was walking in the street wearing a red shirt and got caught by the officers and brought to the house. He couldn't understand what happend and why they caught him when they started to hit and to torture him. They accused him to be a communist, just because he was wearing a red shirt. He had to stay in prison for 24 hours. 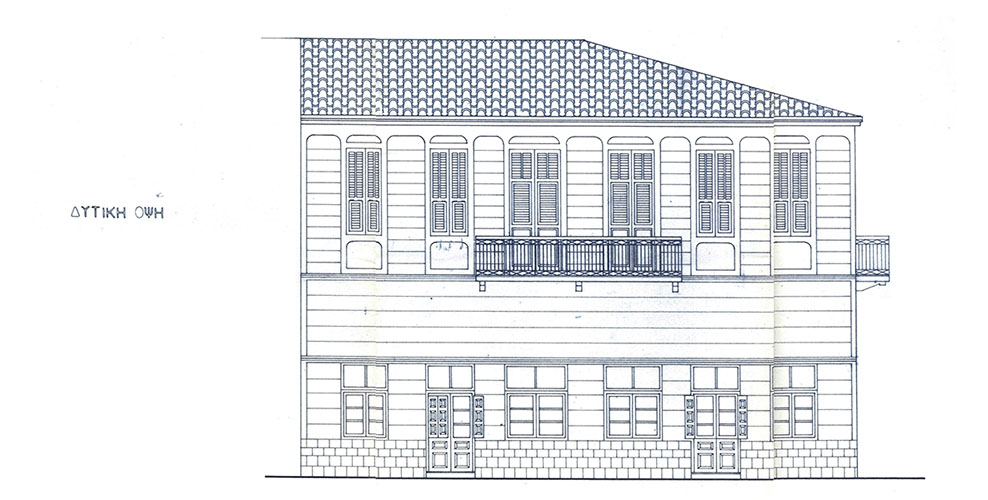 In 1968 the house was rented by the German Archaeologic team when they restarted the excarvation works at the Acropolis of Tyrins. These archaeological investigations are tightly linked with the name of Heinrich Schliemann who in 1876 opened the first trenches in the Acropolis. So, the house had to be transformed for the use of residence for the archaeological team. The hall in the first floor was used as dining and sitting area, our family room Erato was the office and library, the rooms to the left were guest rooms and the rooms to the right were kitchen and bathroom. The life in Greece was different in 1968 and can not be compared to our days. There was no industrial production nor where there imports. So, all furnishings were made by local carpenters, even the matresses for the beds were hand made. Everything was simple but functional.

Mrs. Anthoula was the housekeeper and cook and she spoiled the colleagues and guests with traditional greek food. The house was a meeting place for transient archaeologists and students from Universities all over Europe.

In 1995 we rented the house and transformed it into a small hotel. Since then we have hosted travellers from all over the world.